Every Football season there is an article or conversation on how women will survive it.   One of the biggest assumptions is that women don’t understand football and who are the players.  So so wrong.  They just have a different perspective than men.  Here are the 15 Secrets to understanding women and football.

Regular female viewers of the NFL surpasses both the NBA and the MLB . The staggering number is 45 million women watched the last Super Bowl. That’s more than both the Grammy Awards and the Academy Awards. Women are 44% of the NFL fan base.  The number of female watchers even beats Dancing With The Stars, the Voice and Grey’s Anatomy.  But, the numbers are slipping quite a bit lately.

Secret #1 – Game Rules -Whether they watch or not, women know the rules of football.  They also know the players.  I’ve learned somehow by osmosis,  from being a cheerleader and coming from a huge sports family.  While Chip is glued to the TV screen and I’m multitasking, I insert things into the conversation such as: didn’t x player play for Buffalo and the Titans before that?  Chip looks puzzled, but he’s gotten used to it.
Secret #2 – Sports Attire – If women wants to wear a Patriots jersey, she’ll buy it herself.  Now “yay” to the merchandisers at the NFL, because there is some cute attire now.  However, this is not a great gift.  Even for a Packers’ fan.  Best gifts for women still include: shoes, jewelry, trips and clothes.  Sure hope Chip reads this.
Secret #3 – Game Day Food – If a women watches the game with you, she doesn’t want wings, chips, pizza and subs for food. You may have a chance with sliders, if they are done right.   If it’s not on the menu during the week, it’s still not on game day/days.
Secret #4 – Myth of Football Widow -There is no such thing as a football widow.  If a woman tries to make you think they feel neglected during football season, she’s pulling a fast one.  Women are happy to watch when they want to; go shopping; watch romantic comedies in another room, read a book or have a day with a girlfriend.  Don’t fall into this trap.
Secret #5 – Cooking for the guys – Granted men and women get together to watch football, but don’t expect the woman in your life to cook for everyone every week.  Some might enjoy it, but every week … ahhh … no.

Secret #6 – Football Pools – If given a football sheet to pick who the winners will be each week, a women will win.  She may pick with team colors in mind.  Some pick by following the game or reading it in passing,  She may even look at the spread from Vegas.  And, some just take a shot.   No matter the method, she will win.

Secret #7 – Swearing – If a women doesn’t normally swear, she won’t during the game.  She will come up with alternative things to say.  One of my favorites is …”that wasn’t nice at all.”

Secret # 8 – Good plays – A good play is a good play.  Even if a women is supporting their favorite team, if the other team makes a good play, she’ll give them credit.  She feels these athletes are as good as it gets.  They should be recognized for flipping over another player, while catching a ball with double coverage and somehow escaping to run down the field.  It is what it is.

Secret # 9 – People in the stands –  If a women knows a friend is at the game, she will look for them.  Even if they are in a section that never gets air time, she will be relentless in her pursuit.

Secret #10 – Men in their man caves – She gets a kick out of the “He-man Women’s Hater Clubs.”  Someone I know has all his friends over every Sunday during football season.  Most of the men and one woman are divorced.  After a few beers, they start discussing specifics of their divorces.  So instead being a football clutch, they are a “Little Rascals” episode.  I don’t know which is Alfalfa, but I will get back to you on that one.

Secret #12 – Faces of the players – Inevitably, after a good play or bad one, the camera pans to the player on the bench.  Women look at the expression on their face.  Not to see if they are happy, proud or mighty.  I say things like, “Aww, he is so sweet, look at that expression on his face. I bet he’s really nice.”  Chip  is not a fan of this assessment of the game.

Secret #13 – Injuries – If someone gets hurt or there’s a face mask, she will be concerned and upset.  There are rules, but people should play nice.   If it’s a really bad injury, I turn my head and have Chip tell me what’s happening.

Secret #14 – Women as coaches – The NFL now has it’s first two female coaches (Jennifer Welter, Cardinals and Kathryn Smith, Bills) and there should be more of them.  Women read situations better, motivate better and recognize strengths and weakness faster and know how to immediately correct them.  However, I have been told I cannot be a professional football coach.  It goes back to when I used to bring snacks to kid games.  One time my son said to his coach, “I’m going to take a break and sit with my mom”  Then he sat with me eating strawberries and blueberries for the rest of the game.  After this story, Chip believes if I were a coach, there would be snacks and circle time on the sidelines.  So, my next job will not be NFL coach, because Chip is right.

Football is a religion to some; entertainment to others and an opportunity to briefly escape the responsibilities of life for awhile for more.  Men and women can enjoy the sport together now that 15 secrets are revealed.

Did we miss a secret?  Let us know.

I Became a Cook Out of Necessity

Last week, I asked for some help finding my cousin Mark Tedeschi.  He owns the copyrights to my Great Aunt Elodia Presenza Tedeschi’s book, “I Became a Cook Out of Necessity.”   The book has a ton of non-mainstream recipes and each are worth sharing.

The book, about Italian cooking, was written in 1977 (revised 1988), and there is one used copy of the book on Amazon.

So all the credit of these recipes go to the Tedeschi family originally of the towns of Alberobello, Italy and Presenza family from the Abruzzi region of Italy.

Let me tell you about my Great Aunt and her husband Joseph Tedeschi.  Their family consisted of three boys … twins Remo and Romolo and the younger son Joseph Jr, who we called Dino.  Upon coming to America, they settled in Endicott, NY.

It’s funny the things you remember as a child.  Their family home had a bidet.  Something I had never seen before and was shocked by its use.

The Tedeschi’s were very generous, cultured and fun to be around.

They owned two grocery stores in Endicott and Endwell, NY.  Both called Tedeschi’s Market.  They were known for their great meats and butchery.

My dad worked there when visiting during high school.  One of his jobs was hitting the goats on the head; so they can be made ready for sale.  Don’t worry … the book has no goat recipes.

In 1977, the whole family, even a 14 year old like me, were given copies of the book.  Mine was given to include in my cedar chest and dowry in preparation of my future marriage.

Yup, we were that Italian.

Summary of the Introduction of the Cook Book

Aunt Elodia wrote the book from encouragement from family and friends who enjoyed her cooking.  Her recipes were all alla casalinga … food prepared in an Italian home.

The youngest of 6 sisters, Elodia married at a young age.  Finding herself not knowing how to cook; she had to learn.  One of her main responsibilities was to cook for her husband.  Her mom and husband gave her suggestions.  She reports her first efforts were a hot mess.  Over time, she took the suggestions and gave them her own spin. (Thus how she became a cook out of necessity)

At first, she would make things that were very good; but because they were made off-the-cuff she couldn’t duplicate them.  In addition she never measured anything.  Everything was done by feel and intuition.

This is not in the actual introduction, but I remember when they were working on the book, she and her son’s knew they needed to document everything.  So they would try meal after meal to get the ingredient measurements and tastes just right.  I can’t remember if it was my cousin Dino or Remo who said, “One weekend, while working on the book, we ate so much of one recipe we were ready to burst.”

Aunt Elodia swore by fresh virgin olive oil and fresh herbs .. parsley especially.  She shares a story that when living in an apartment in Italy, they would grow the fresh herbs in their window boxes.  In addition to parsley, she recommends oregano, chives, rosemary, tarragon, mint, basil and sage should always be on-hand.

Her belief …  Italian cooking is very easy if you are willing to try.  However, the most important thing is giving your family things they will love.

Some History of Italian Cooking from Her Introduction

Italian cooking dates back to the Renaissance.  When Catherine Medici went to France to marry Henry II, she brought her cooks and kitchen with her.  Her foods inspired all of the kingdom.  And a little know fact is, that Italian cooking actually is the foundation of the French cooking that gets so much fanfare.

That explains why Northern Italians cook so much with creams, butter and plump tomatoes where more southern regions cook with olive oils and more hearty ingredients.  It was also important for her to note that Italians eat crusted breads and rolls vs white bread and butter.

In great detail, Aunt Elodia describes how important the Italian foods ties to the religious aspects of the holidays.

One sweet story, describes how in the Zampognari region of Abruzzi loudspeakers and carolers proclaim the onset of Advent in preparation of Christmas.  Shepherds come down from the mountains singing as they enter the town to spend the holidays with their families.  The townspeople would give them money and food to thank them for their songs.

Many Italian-Americans celebrate Christmas eve with the seven fishes and assorted desserts.  Aunt Elodia mentions the order in which dishes are served and foods outside the Italian-American traditions.  The few that were new to me were eating eel at Christmas eve;  eating lentils on New Years day and eating tortellini during the Epiphany (1/6) or little Christmas.  Another was Patron Saints Day. It is celebrated like your birthday only on the feast day of your patron Saint.  I slightly remember my parents praying extra on mine and my brother’s patron saint days (apparently we needed that), but clearly missed out on the food part.  Hmph!?

Every week, I will try to post a recipe from my Great Aunt’s cook book.  She was an amazing cook and person full of joy.

If your family has a unique Italian recipe, please share and we will post with you as author.  Having a HD picture is a big help.

“I Became a Cook Out of Necessity!

I love the Dunkin Donuts Pumpkin Spice Muffin but here are some other recipes you may like too!  Now I’m hungry.

The end of the page has a gallery of drinks and other recipes.  Yummy!! 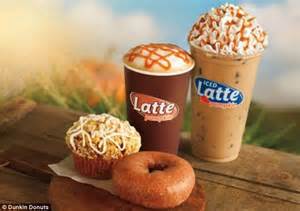 Gallery of 24 Other Recipes — They Look  Soooooo Great 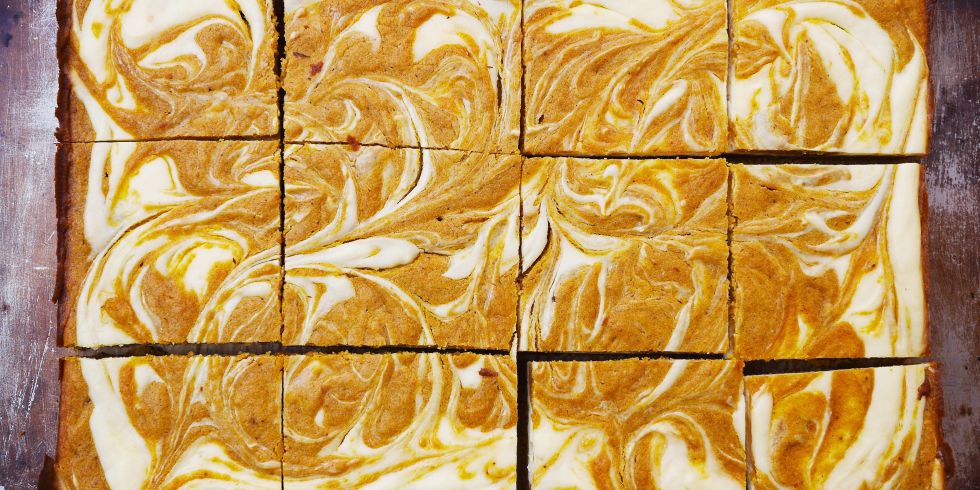 Give us story ideas